There are four functional classes that are used to rate how ill PH patients are. Currently, the World Health Organization or WHO class system is used to describe these patients.  It is important to distinguish WHO functional class from WHO group.  The WHO group system classifies what type of pulmonary hypertension a patient has while the WHO functional class system gives information about how affected they are by their disease.  The higher the class the more severe the disease and the greater the urgency for the patient to be accurately diagnosed and started on therapy for pulmonary hypertension. It is important to treat all classes of pulmonary arterial hypertension (PAH) as the disease is progressive, meaning it will get worse over time without treatment.

Class I: No symptoms of pulmonary arterial hypertension with exercise or at rest. It is rare for a patient to be diagnosed while still a class I. Patients that are being screened because of high risk factors for developing pulmonary hypertension, such as patients with scleroderma or family history of PAH, may rarely be diagnosed as class I. More often this classification is used to describe patients that have demonstrated a substantial response to therapy that were once a class II or III but have improved to a class I.

Class II: No symptoms at rest but uncomfortable and short of breath with normal activity such as climbing a flight of stairs, grocery shopping, or making the bed.

Class III: May not have symptoms at rest but activities greatly limited by shortness of breath, fatigue, or near fainting. Patients in this class have a difficult time doing normal chores around the house and have to take breaks while doing activities of daily living.

Class IV: Symptoms at rest and severe symptoms with any activity. Patients in this class may faint especially while bending over with their heads lowered. Most patients in this class are also volume overloaded with edema in their feet and ankles from right heart failure. 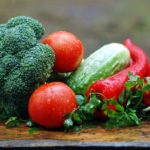 Eating Healthy with Pulmonary Hypertension For PAH patients, we spend a great deal of time talking about low salt diets 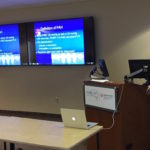