Pulmonary function testing is used during evaluation for pulmonary hypertension

Pulmonary function testing refers to a series of tests that measure how well air is moved in and out of the lungs; the volume of air the lungs can hold; and how effectively oxygen is moved into the blood and carbon dioxide is removed. Pulmonary function tests or (PFTs) are used while evaluating patients for pulmonary hypertension as they can help evaluate how normal or abnormal a patient’s lungs are. Many patients with pulmonary arterial hypertension may also have lung disease such as Chronic Obstruction Pulmonary Diseases (COPD) or pulmonary fibrosis that may need treatment.

If the pulmonary function tests show normal lungs, the test might not be repeated in the future unless new symptoms arise. If the test shows lung disease, the PFTs may be repeated over time to evaluate how well the patient is responding to the treatment and to monitor disease progression. PFTs are routinely done on a set schedule for patients that are being evaluated for or have received lung transplantation to measure the patient’s lung function.

How are pulmonary function tests performed?

Pulmonary function testing is not easy or fun for the patient but yields valuable information if good effort is put forth. Like the six minute walk test, PFTs are only useful if they are performed the same way each time with maximal effort. The test results need to be repeatable and reproducible meaning each test yields similar results when done multiple times.

There are standard guidelines for administering PFTs but each center should give their patients detailed instructions prior to the tests. The following are a few things that patients should avoid prior to pulmonary function testing:

• Smoking within at least 1 hour of testing

• Consuming alcohol within 4 hours of testing

• Eating a large meal within 2 hours of testing

The physician may also instruct the patient to hold certain medications such as inhalers prior to the test.

What is a spirometry?

A shortened version of PFTs called spirometry is often one of the first screening tests done to assess lung function. It is a quicker easier version of pulmonary function tests. Spirometry measures how much air an individual is able to maximally inhale and then rapidly exhale to the fullest extent. If this test is abnormal full PFTs may be scheduled.

A bronchodilator challenge may be done as part of a spirometry test or full PFTs to identify airway diseases or to assess the effectiveness of current therapy. A baseline test is completed and then a bronchodilator, usually via a nebulizer, is administered followed by repeating the spirometry. Bronchodilators open or dilate the airways in the lungs. Albuterol is a common bronchodilator used for this challenge. The test aims to measure if the abnormalities found on the baseline breathing test are reversed with administration of a bronchodilator. This test helps guide treatment choices.

The respiratory therapist or health care professional administering the pulmonary function tests will have to ask several questions such as the patient’s age, weight, height, and ethnicity. The answers to these tests are important as they all affect the “normal” numbers that the patient’s results will be compared against. Along with identifying other lung diseases, there are specific findings that are consistent with a diagnosis of pulmonary hypertension such as a low diffusing capacity without other abnormalities. The diffusing capacity gives information about how well the lungs extract oxygen from the air. While this number is low in patients with pulmonary hypertension it is also low in patients with other lung disease such as emphysema. Pulmonary arterial hypertension cannot be diagnosed via pulmonary function testing alone, rather PFTs are just once piece of the puzzle when evaluating what is causing shortness of breath. The patients should always discuss the results of their PFT with a healthcare professional and ask questions to help them understand what the results of the test mean for their treatment going forward. 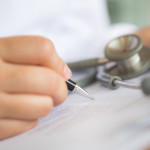 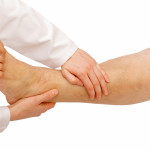 Let’s Talk About Diuretics (Medicines That Make Your Kidneys Produce More Urine). One of the major problems in PAH is