Gilead recently presented the results of AMBITION, their largest PAH study. This study compared the long term outcomes of pulmonary arterial hypertension patients who had been recently diagnosed and were randomized to either Tadalafil (Adcirca), Ambrisentan (Letairis) or the combination of the two. For the past decade there has been heated debate as to whether patients should be started on a single therapy or multiple therapies at the same time. We can now unequivocally concluded that functional class 2 and 3 patients who are previously untreated with PAH medications should be started on Ambrisentan and Tadalafil within a few weeks of each other. This strategy led to a 50% reduction in clinical failure.   Furthermore, combination therapy resulted in much improved exercise capacity, and improvements in blood tests reflecting heart function. The benefits were the same regardless of whether patients were from North America or outside of North America. Side effects occurred in many patients but these were manageable.

What Does This Mean For PAH Patients Who Are Currently Being Treated With A Single Oral Agent?

The AMBITION study did not address this question. However, another study that was completed in 2014 looked at this issue. In the SERAPHIN study, patients who were on 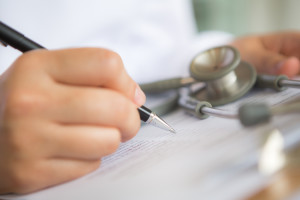 background PAH therapy with either a PDE 5 inhibitor (such as sildenafil or tadalafil) or in a few cases prostacyclin therapy were randomized to either having Macitentan (Opsumit) added or placebo added. Patients were then followed for several years. Overall, patients who had Macitentan added had lower rates of clinical worsening. However, exercise capacity only improved by a small amount (though it did reach statistical significance). The results were much less robust for patients who were treated in North America compared to patients from outside of North America.

Although many important questions remain unanswered when we review the SERAPHIN study and the AMBITION study together we can conclude that therapy with both an ERA and a PDE 5 inhibitor is superior to monotherapy. In untreated PAH patients, the combination of Ambrisentan plus Tadalafil is strongly preferred. In patients that are currently on single agent PDE 5 inhibitor or ERA, I would add the other class into their cocktail of therapies. Based on the strength of the AMBITION data that showed very impressive results in delaying time to clinical failure and improving exercise capacity and showed robust efficacy in North America I would favor the AMBITION combination (Tadalafil plus Ambrisentan).

What If A Patient Can’t Tolerate Or Obtain Ambrisentan and Tadalafil? 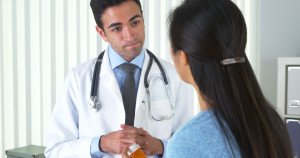 Patients intolerant to or who experience high side effect burden with Ambrisentan such as edema, headache, or intolerable congestion should be switched to Macitentan. Both medications are ERAs but patients may tolerate one better than the other.  Physicians will need to work with insurers to convince them of the value of the AMBITION combination. Presently, many payers are requiring patients to first try sildenafil prior to approving Tadalafil.

A Different Combination of Treatments Is Required For Late Functional class 3 and Class 4 PAH Patients.

In our sickest patients, I remain convinced that continuously infused prostanoid therapy such as treprostinil (Remodulin IV or SQ) or epoprostenol (Flolan or Veletri IV) in combination with oral agents remains the most effective treatment. 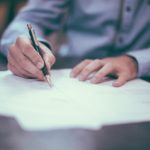 During the past few months, we have not had quite as much time as usual to address our readers questions. Apologies for 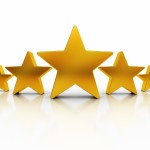