The past decade has been a very exciting time to treat patients with Pulmonary Arterial Hypertension (PAH).  New treatments have been approved that have dramatically improved outcomes for PAH patients. Compared to 20 years ago when we had a single medication to treat PAH we now have 13 treatments.  Once a disease treated in a small number of university centers, PAH is now treated across the country.  Pills, pumps, inhaled medications all contribute to the better outcomes. 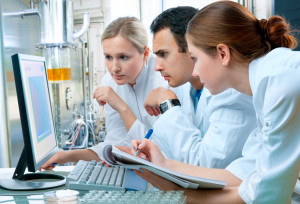 Drug companies continue to push forward with new studies of novel medicines that we hope will further advance the care of PAH patients. The process of conducting a research study for a prospective new medication is long and complicated.  It takes years from the time a first study starts to when the medication may be approved.  There are no guarantees.  Many would-be medications turn out not to be effective.  Nonetheless, the current crop of agents under study warrants great excitement.

Clinical trials involving patients with disease are divided into Phase 2 (the earliest stage where patients with the disease under study are given the medication), Phase 3 (the large studies upon which the FDA bases their decision to approve or reject a drug) and Phase 4 (post-approval studies).

The first study is with Bardoxylone Methyl.  This molecule was previously studied in the treatment of chronic kidney disease but proved ineffective.  As has been the case with most of our current therapies, after not meeting with success in one indication, the medicine was redirected to another indication—PAH.   In the LARIAT study, Bardoxylone Methyl is compared to placebo in a phase 2 study.  Patients with PAH who are on background therapy are randomized to different doses of the oral study medication or to a placebo (sugar pill).  The primary outcome measure is six-minute walk.  Secondary outcome measures include symptoms, lab tests and quality of life.  The study period is 16 weeks.

The ARROW study is investigating the role of another novel molecule and pathway in PAH.  We have learned over the past decade that the pulmonary arteries from patients with PAH show abnormal thickness, stiffness and proliferation of cells from the wall of the vessel.  Under normal circumstances, there are very effective signals that put the brakes on the proliferation of cells within the pulmonary arteries.  Imagine if you never mowed your lawn.  The grass would grow too much and weeds would appear.  There are cellular signals and mechanisms that keep the grass appropriately groomed and prevent weeds.  One of the signaling pathways that helps prevent dysregulated cell growth is called apoptosis.  In PAH, it appears that the process of apoptosis (appropriately planned cell death) is decreased.  One of the important “on” switches in the pulmonary arteries is called ASK-1.  This protein turns on many of the inflammatory and proliferative pathways that are believed to participate in the development of PAH.  The molecule under study in the ARROW study (GS-4997) inhibits the ASK-1 pathway thereby turning down the inflammatory process.

In the ARROW study, patients with PAH are randomized to different doses of the oral study medication or placebo.  A right heart catheterization is performed at the beginning of the study and again at six months.  The primary outcome measure is the change in the pulmonary vascular resistance over a six-month period.  Secondary outcomes include exercise capacity and symptoms.

It is important to emphasize that the type of inflammation in the pulmonary arteries descried above is not the type that is treated with NSAIDS (ibuprofen/naproxen).  NSAIDS are relatively contra-indicated in PAH and should not be taken without first consulting with your doctor. 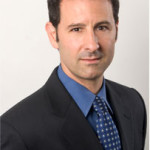 I recently lost a friend and patient of almost a decade.  Her battle with familial pulmonary hypertension started when 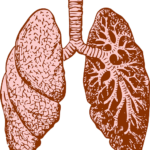