10 years ago, a landmark piece of legislation was passed – The Affordable Care Act (ACA).  Although it was not perfect, it resulted in dramatic progress in protecting patients.  Several of the core provisions were that insurance companies could not exclude patients on the basis of pre-existing conditions and that young adults were able to remain on their parents’ insurance until age 26.  The lifetime benefits cap was also removed from insurance policies.  In parallel with this, Medicaid was expanded.  These changes together created a dramatic shift in American healthcare.

Whether you are a Democrat or a Republican, these changes protected patients with complex medical problems.  We are on the verge of returning to the dark ages of American healthcare.  Recently, President Trump has focused on completely repealing the ACA and undoing the protections for patients.  Let’s imagine a future where President Trump is successful and the following happens: insurers can exclude patients who have pre-existing conditions, young adults are not able to be covered on their parents’ policies, and we see the resurrection of lifetime caps on benefits.

Now let’s imagine what this means for a patient with Pulmonary Arterial Hypertension.

Jane is 25 years old and was diagnosed with PAH by a local doctor.  No treatment was offered initially.  Jane then turns 26 and is trying to get insurance.  She has been working full time for the past 9 months and makes too much money to qualify for Medicaid.  The insurance plan from her employer excludes pre-existing conditions. Her doctor wants to start Letairis (Ambirsentan) and Tadalafil.  However, since her PAH is a pre-existing condition the medications to treat this are not covered for the first year.  As a result, she can only afford sildenafil using GoodRx coupons.  For the next 3 months she takes sildenafil.

After the one-year exclusionary period she now can get coverage for Letairis and Tadalafil.  She starts these medications at a cost of $120,000 per year.  She continues to struggle and her doctor adds a third medication costing $150,000 per year. Her medications now cost about $300,000 per year.  The lifetime cap on her insurance is $1,000,000.  In about 3.5 years she will have exhausted her lifetime cap and will not have coverage from her employer’s insurance.  At that time, she will have to stop working, and spend her assets to qualify for Medicaid.  Now the federal and state governments will be paying for all of Jane’s care.

The pulmonary hypertension community needs to speak loudly and clearly that the protections in the Affordable Care Act are essential to preserving the health of patients.  Call your elected officials.  Write emails and tell your friends what it means to you if President Trump repeals the protections of the ACA.  Don’t sit on the sidelines, let your voice be heard.

No piece of legislation is perfect.  Lawmaking is an iterative process.  A law is passed then amended over and over again.  The founding fathers of our country did not debate repealing the bill of rights.  Subsequent lawmakers did not consider abandoning our constitution and starting over. Instead modifications were made over time.  Conservatives were angry about the individual mandate – penalties were imposed for patients that chose not to have insurance.  No one is distraught about having to carry auto insurance.  Until there is a better alternative, we must not throw out the baby with the bathwater. 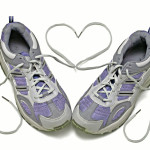 Being diagnosed with pulmonary hypertension is life changing.  Many patients are scared to exercise or participate in 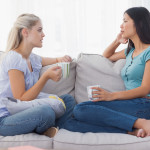 How You Look vs. How You Feel with Pulmonary Hypertension You can’t always judge a book by its cover.  Some medical